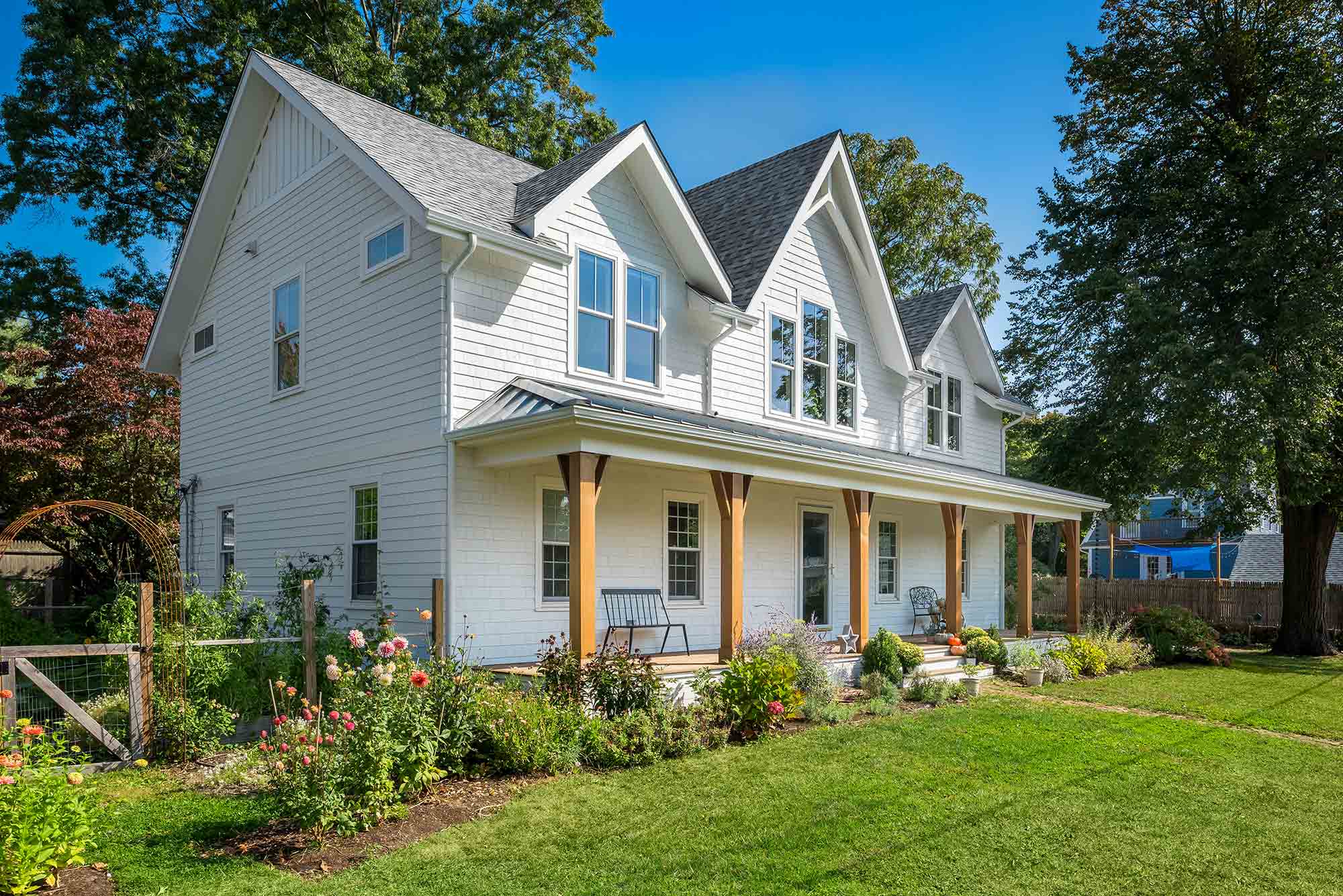 This East Greenwich home is one of our most transformative projects to date. Starting as a tradition, single-story cape our team expanded and converted the structure into a two-story Gothic Revival home! This second-floor addition not only increased valuable living space inside but also added tremendous value and curb appeal to the exterior. The addition includes three bedrooms, including a master bedroom with two walk-in closets and an ensuite bathroom, a second bathroom, and a laundry room. A new centralized staircase

with a second-floor hall open to the floor below was also created to connect the two floors. The front of the house is adorned with three steep, eye-catching gables with overhanging eaves. Simple bargeboards decorate the central peak. The gables give the house character and a historic look, fitting for the Historic District close to Main Street in East Greenwich. Gothic-Revival style architecture was prominent around 1830-1880 in New England. A broad one-story porch common to the style was also a welcomed addition to the home’s facade. 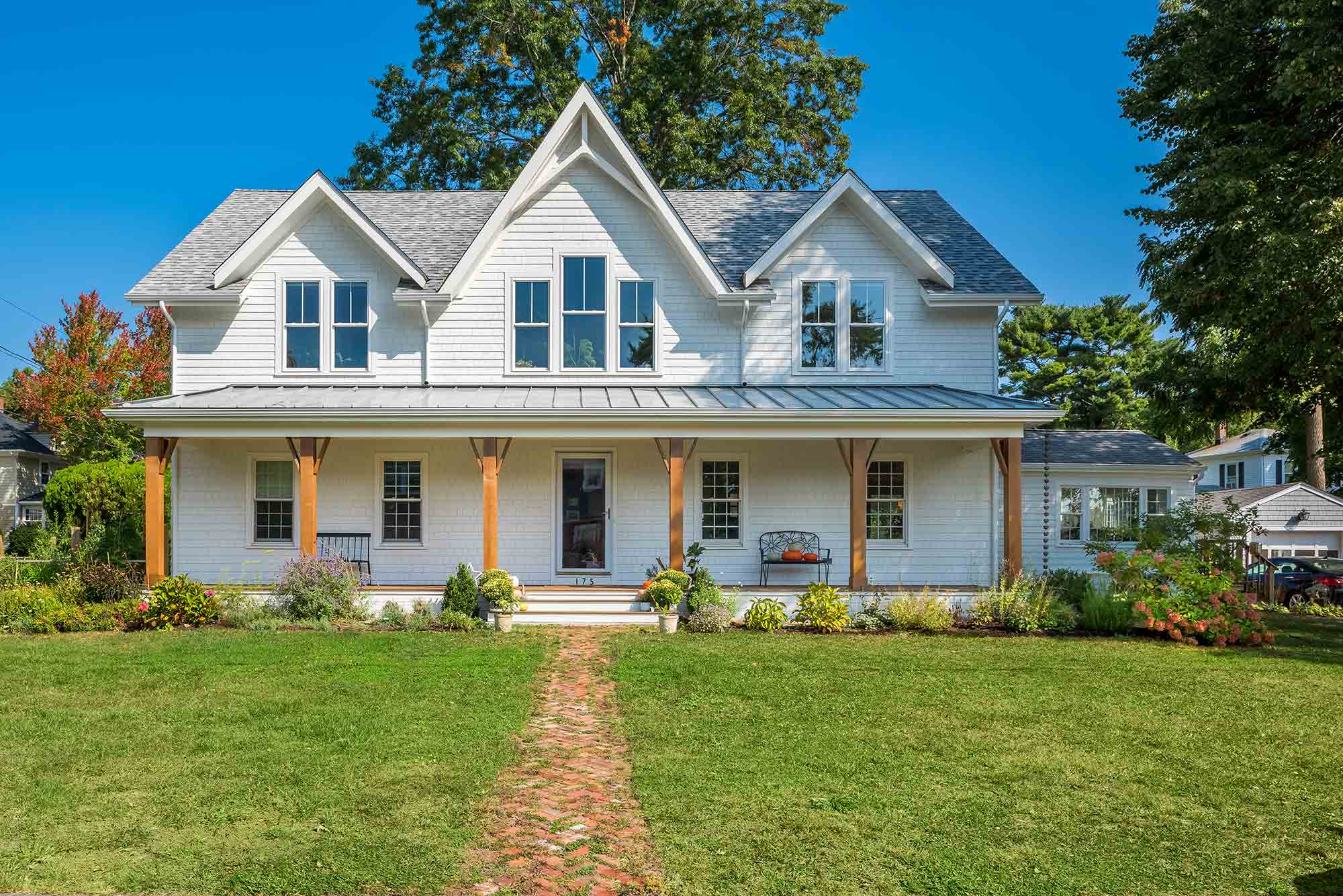 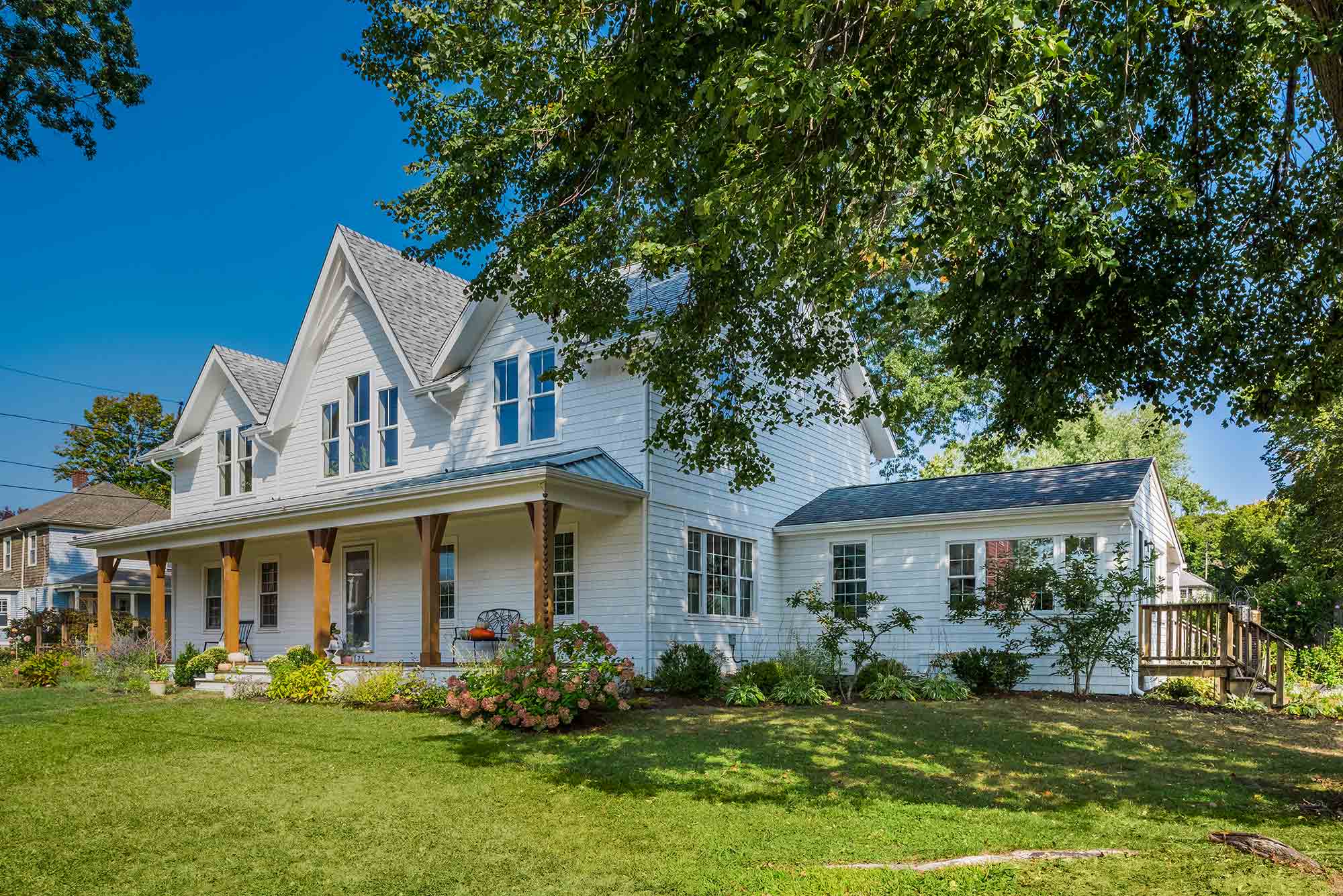